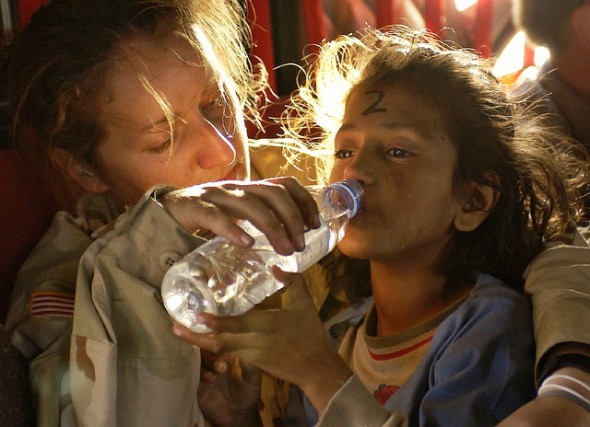 According to international aid organisations, an estimated 20 people are forced to flee due to conflict, persecution or war every MINUTE, and 25.4 million of 65.5 forcibly displaced people worldwide are refugees.

Equally shocking is the growing anti-refugee and anti-migrant sentiment, discrimination and violence being harnessed by populist politicians who are fanning the flames of hatred and distrust with divisive nationalist rhetoric. Examples of this are the infamous Brexit campaign and the election of Donald Trump, both based on the spreading of xenophobic lies.

Public attitudes towards migration vary greatly, with most resistance coming from people who never have any contact with refugees and rather than embracing the beneficial impact of diversity prefer to focus on far-right extremism, prejudice and international xenophobia.

Then there is the matter of “moral deservingness”, a judgemental approach to who is entitled to a decent life free of persecution and hunger. When did people’s hearts harden to the less fortunate?

Save the Children says that the global refugee crisis is the worst since World War II. Half of these unfortunate people are children and many have experienced terrible physical and emotional trauma. They are missing school, which will have a detrimental effect on their future options. Children travelling alone are at particular risk but have had no choice but to flee from drought and conflict.

Syria and South Sudan, Uganda and Burundi, Tanzania, the Lebanon, Bangladesh and Egypt, as well as Ethiopia, Kenya and Myanmar are all affected by this terrible refugee crisis. It is so enormous that it seems almost impossible that it will ever come to an end. But every little helps and donating to charities and non-governmental organisations is one of the few ways that you can direct money your money away from the government’s coffers and into the hands of people who are helping to palliate the crisis. In my case, my bank refunds some of the money that I donate to charity. Taxpayers are entitled to certain deductions for donations and other contributions. Membership fees to associations that do not correspond to the right to receive a present or future benefit, donations of money, goods and rights, beneficial ownership, national heritage goods or goods of cultural interest are all eligible for tax relief.

There are certain conditions attached. To receive the deduction your donations and contributions must be made to foundations, associations declared to be of public utility, International Cooperation for Development NGOs, registered regional offices of foreign foundations, Spanish sports federations, public universities and colleges, The Cervantes Institute, the Institut Ramon Llull and the other similar institutions of the Autonomous Communities with their own official language, Public Research organisations, the Spanish Red Cross and the Spanish National Organization of the Blind, among others.

In my case, I have chosen to donate to a United Nations Refugee Organisation. It’s not much, but each monthly amount I give is enough to feed and vaccinate a child for a year. At the same time we must stand firm against racism and discrimination wherever we see it, and stand up for refugees’ human rights.