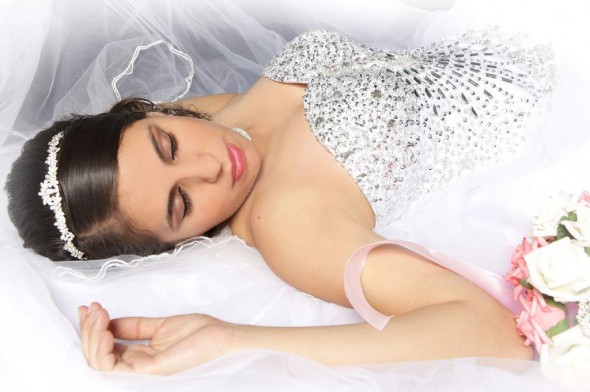 On almost every form we are forced to fill in, we are required to give details of our ‘marital status’, even though most of the time whether we are married or not has nothing to do with the reason we are completing the form.  Perhaps it would be more accurate to ask for a ‘current marital status’, since some people can quite truthfully describe themselves as widows or widowers, divorced and married all at the same time. And anyway… so what?

Yesterday I was amused to see in the newspaper that an Italian woman has married herself in a fairytale ceremony without a prince. Of course, the ceremony is not legally binding, and the woman is free to have as many affairs as she likes, but she still got to wear a beautiful wedding dress, cut a cake and have a jolly good knees-up with her friends and family. Mad? Maybe! But what fun!

Last year, another friend of mine, Trinidad, hit forty. She is a lovely, vivacious woman, very pretty and with a lovely figure, but she is a magnet for losers and cheats. Mr Right (if you are inclined to believe in such things), has still not showed up, and so she celebrated her fortieth birthday with a massive party, to celebrate that she is still alive and can fill a room with people and pay for the entire thing… with no man in tow. No wedding dress, but the same idea.

Self-marriage is a growing trend… it even has a name… “sologamy”. And why not? We have monogamy and polygamy, or you can be single, monogamish, single, divorced, or in a common law relationship… Why not celebrate adoring yourself? We’ll all be much happier if we did.

The way I am writing this, you would think I were single, but I am not. However, I didn’t get married until I was 51 and most people would think that my relationship is pretty weird. My husband and I live together in two separate houses and only see each other at weekends. This is called ‘living apart together’ or, in Saudi Arabia, it is called misyar marriage, with the husband and wife living separately but meeting regularly. This makes sense because his business is 100 km away and he works very long hours and I am surrounded by friends in a lovely home with a big garden for my dogs and am also very busy working. Some people look down their noses at our living arrangement, but we are both very happy with it. Being apart so much means we always have plenty to talk about, and we don’t have time to argue.

Of course, there are disadvantages… we have to run two homes, but five nights of the week I get to keep the remote control and I don’t have to cook. Really, it’s the best kind of married bliss I can think of.