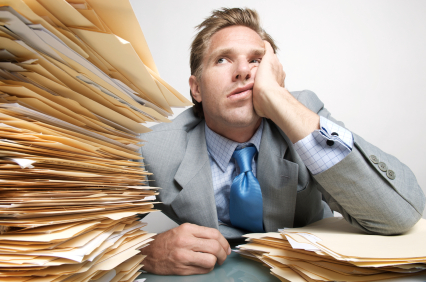 How many people think that a translator’s job consists of copying some text into Google translate (or similar), tidying it up a bit and sending it back to the customer. Machine translation programmes can be useful when you don’t speak the language and need to get the gist of an email or letter, however, they are often useless.

Sometimes, the only tools available are a brain, some online dictionaries and some IT equipment, as was the case with an enormous trademark infringement claim I have just finished.

The clients, an important law firm, said that they wanted their monstrous 45,000 words pdf of a judgement within two weeks, a deadline they suddenly reduced to one week after I had started, without giving any reason (or offering to pay extra)! Unfortunately, even though I tried every trick in the book, I couldn’t convert it into an editable word document, which meant typing everything from scratch, numbers and all.

Luckily, I have plenty of IT equipment, and I set myself up with two large screens. I used the right-hand screen to display the rotten pdf at 150%. I divided my big PC screen into two, with Chrome on the left to search for possible English versions of judgements of the European Court of Justice and the Spanish Courts, and European and Spanish laws and regulations for verbatim quotes. The document also contained quotes from US Court Cases. I had about 11 tabs open in the browser at one point!

To cap it all, the document was written in the pretentious legalese adored by Spanish lawyers. Why say something in 10 words when you can say it in 200, and pepper it with Latin expressions and weird formatting?

Do not despair, I thought to myself. Just get down to it! One day and 12 pages into the job, I received another email. “Stop”, said the project manager. “They want this summary urgently, do this one first!”  It was over 9,000 words long and they wanted it in 24 hours.

By this time, I was beginning to hate this job. What do I do when this happens? Do I give up? No I don’t. My answer is usually to work non-stop until I finish. I worked all weekend and finished the job on Monday, checked it on Tuesday, sent it back on Tuesday evening, within four working days instead of the original two-week deadline.

Being a translator is about resourcefulness, skill and persistence. It has almost nothing to do with Google translate!