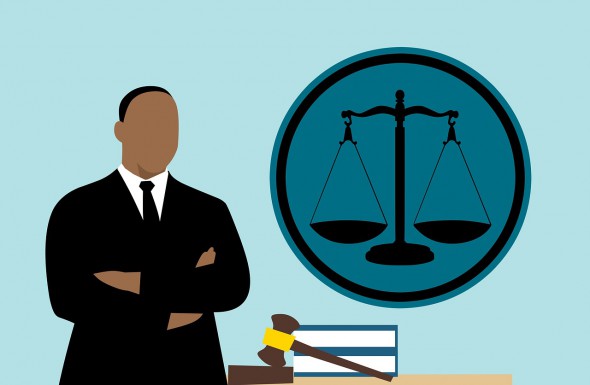 You might be a fan of “Law and Order” and “Rumpole of Bailey” but you are sure to be horrified if a summons drops through the letter box ordering you to serve as a juror in a legal proceeding. However you feel about it, you have no choice but to agree. You can run, but you can’t hide, and if you return the form or don’t turn up on the day you may get a hefty fine.

The right to a fair trial, the cornerstone of criminal law in the United Kingdom, the USA and a host of other countries, dates back to the Magna Carta in 1215, establishing a person’s right to “the lawful judgment of his peers”.

Jury service is certainly stressful. You don’t know what to do or where to go, you’re outside your comfort zone in a strange place, forced to interact with people you’ve never met before. You don’t know what kind of case you are going to get and then there’s the worry you’ll make the wrong decision.

Once you have gone through security, you may spend a long time sitting around, which can be very boring. Then, in court, you’ll spend long hours listening to the evidence. Make sure you have something to eat before you go in. In the deathly silence of the courtroom, by lunchtime my stomach was squeaking and rumbling like a rockfall in the Grand Canyon. It was extremely embarrassing and it happened every single day!

If you are lucky, you’ll get an interesting case that doesn’t cause you too much mental anguish or involve gory or disturbing evidence. The weight of justice will weigh heavily on your shoulders as you endeavour to do your civic duty for the people involved.

Before the jury system was established in the ninth and 13th centuries, guilt or innocence was established by primitive methods like trial by fire or water, when suspects were burned with hot metal or bound and thrown into pools. If ‘God’ spared you, you were innocent. In these times of superstition, many innocent people preferred to plead guilty to avoid these torturous practices, which were eventually banned by Pope Innocent II in 1215.

Did you know that this important function was reserved for men until after the end of World War One? The first women jurors were sworn in in July 1920, hearing evidence in the case against a certain William Henry Ayton, age 52, accused of stealing parcels.

In Spain, jury service was established in 1995 to try specific criminal matters. Here, the jury is composed of nine members and a judge. I won’t be called up because the requirements are that you must be a Spanish national over 18, be able to read and write (that rules me out!), have political rights, be registered in the province where the crime was committed and have physical and mental capacity to perform the duty. If you are a criminal or are detained and provisionally confined you are not eligible.

Spanish law holds that jury trials are only appropriate in cases of crimes committed by civil servants in the performance of their duties, environmental crimes, offences against the person such as murder and embezzlement of public funds.

Although it is inconvenient, your compensation will be knowing that you are maintaining law and order and upholding justice among your fellow citizens.