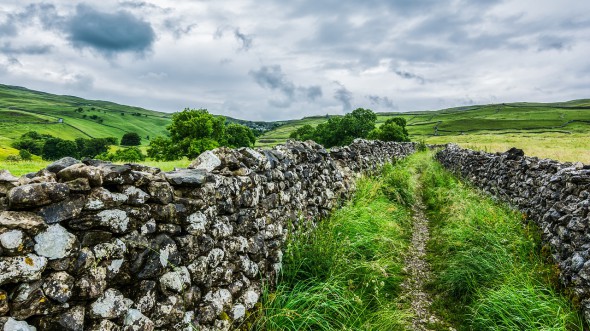 With all this talk about walls, I thought it might be interesting to look at some of the world’s most important walls and how successful they have been at keeping people out (or in) depending on where you are!

Our first stop is England, Northern England, when way back in 122 AD, Roman soldiers built Hadrian’s Wall (named after Emperor Hadrian), to keep the Scots out of the Roman Empire. This 120-km-long wall was the furthest frontier of the Roman Empire. It’s sometimes mistakenly thought that this World Heritage Site marks the English/ Scottish border.

How effective was the Wall? Well it wasn’t. You could get on top of it and jump down the other side. The real defence was provided by the fortresses along the wall.

The Mighty Walls of Constantinople

Constantinople, now Istanbul, Turkey, has been surrounded by defensive stone walls for over 1,500 years. They were built when it was founded as the new capital for the Roman Empire by Constantine the Great in 330AD. When fully guarded, the city was practically impregnable to besieging armies and the walls protects the city, The Byzantine Empire and Christendom from marauding armies for centuries.

With the invention of gunpowder and siege cannons they were finally breached by overwhelming numbers of Ottomans in 1453, with after bombarding the walls and a six-week siege.

The Great Wall of China

Parts of this marvel of engineering are over 2,700 years old. The Wall runs more or less East to West across the historical northern border of China and it was built to defend from raids by invaders from the Eurasian Steppes.

This 21,171 km construction is a series of merged walls built  between the 7th century BC and the 17th century AD, with fortifications made of stone, brick, tamped earth, wood and other building materials remaining. The most popular stretch gets 70,000 visitors a day.