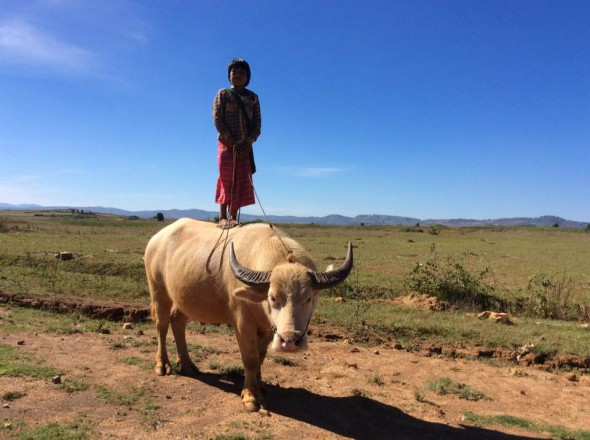 Since the violence in Myanmar’s northwest began, more than 500,000 Rohingya have fled to Bangladesh and a thousand more are said to have been killed in Myanmar (Burma). The images are horrifying.

Some my friends gave me a hard time when I told them I was going to travel there. “Why would you go to such a place?”, they asked me. “You’re supporting a terrible government regime!”, they protested. But I had made all the arrangements before the news broke, and after checking we wouldn’t be in danger, I decided to go ahead. Now I’m back it’s difficult to reconcile the reports of ethnic cleansing, rape, and murder on TV with the friendly, peaceful country I discovered, and that included southern Rakhine (the Rohinga people live in the north).

Obviously, tourists are taken to selected areas where there isn’t a hint of trouble. We never feel unsafe for a second. Everyone was hospitable, friendly, and welcoming. Like average people everywhere, the locals are unaware of what is happening, and are powerless to do anything in any case. Most were humble folk, scraping a living from subsistence farms and tiny businesses, who had no influence on anything. Those who spoke English were surprisingly keen to talk about the crisis, bringing the subject up of their own accord, but I imagine they know even less about what is going on I do.

The world will shun Mynamar for persecuting the Rohinga, and this will punish poor people by cutting off their source of income, and will most likely have no impact on the perpetrators of the violence. Tourism is an essential source of income for many of the people we encountered on our tour. Our trip started with a trip to Shan State, where we went hiking in the mountains, walking through villages where we saw local people going about their business, sorting tea leaves, spreading their crops out to dry in the sun, and mums holding their babies, their faces painted with thanakha (a paste made with ground bark) to protect them from the sun. Parents taking their little ones to school, men chopping wood to keep the cold away when the temperature plummeted below freezing at night. A simple, rural life.

These sunny villages with their tropical banana palms, beautiful natural fruits and vegetables and simple lifestyles may look romantic, but the life expectancy in this area is low, because of the backbreaking work on subsistence farms and a lack of even basic healthcare services. The few dollars that foreigners leave behind by eating some noodles at a local house probably make all the difference. They are not guilty of anything.

The owners of a humble fish restaurant on Ngapali Beach (South Rakhine) told me that they had been running their business for two years, and that the previous year they had done well. They deserve it, because their food was delicious and cheap. This year, however, visitor numbers had plummeted and so was their beach restaurant. The resort was almost empty, despite it being one of the busiest months of year. The terrible images will put people off visiting.

I only hope the world can find a way to force an end to the atrocities in Burma without causing hardship to the rest of the population, giving us the opportunity to explore their beautiful country and culture and preventing what has happened in so much of the Middle East and North Africa, which I will surely never be able to visit.