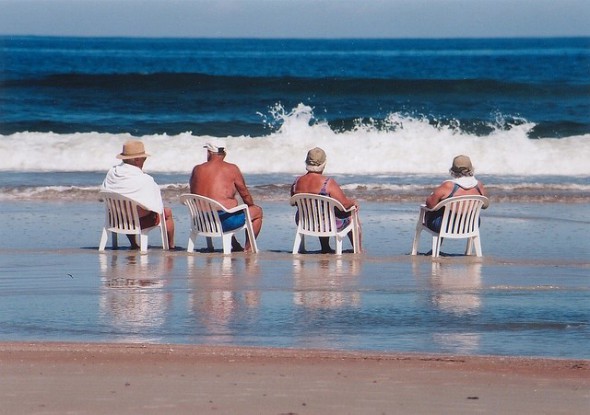 It is more than just fabulous weather that has enabled Spain to hold onto its position as the world’s most competitive tourism sector in the Travel & Tourism Competitiveness Report 2016-2017, which is published every two years by the World Economic Forum. Spain achieved an impressive score of 5.4 on the seven-point Competitiveness Index, beating its nearest rivals, France and Germany.

Despite the fear of terrorist attacks in Europe, the Old Continent still dominates the ranking of tourist-friendly countries, occupying five of the top ten spots with its openness and cultural riches.

The report bases its conclusions on factors such as a sound tourism service infrastructure, air transport connectivity and strong policy support, and found that the Spanish sector has also benefited from some recent tax breaks, as well the fact that tourists have been put off holidaying in the Middle East and parts of Western Europe affected by security risks.

In recent years, Spain has been working hard to diversify the products it offers to tourists, offering far more than traditional sunshine and beach breaks. It has launched numerous campaigns to spread the word about its magnificent architectural and artistic heritage, facilities for sports tourism and special interest holidays for those wanting activities related to wine, hiking, photography, history, sailing and much more.

Not only is Spain the British people’s favourite holiday spot, it also tops the list of where British expats live in Europe, with anything from around 300,000 to 700,000 residing here, depending on whose figures you read.

The forces of politics may be in turmoil, but the close ties between the United Kingdom and Spain are sure to remain, after all, the British have been in love with Spain ever since they started enjoying cheap holidays in the sunshine back in the seventies.

Let’s hope that our governments manage to sort things out, after all, many more expat UK pensioners rely on European healthcare under reciprocal healthcare agreements than UK-based European pensioners rely on the NHS, and while 70,000 retired Brits use Spain’s health system, 81 Spanish pensioners are registered as covered by the British National Health Service.