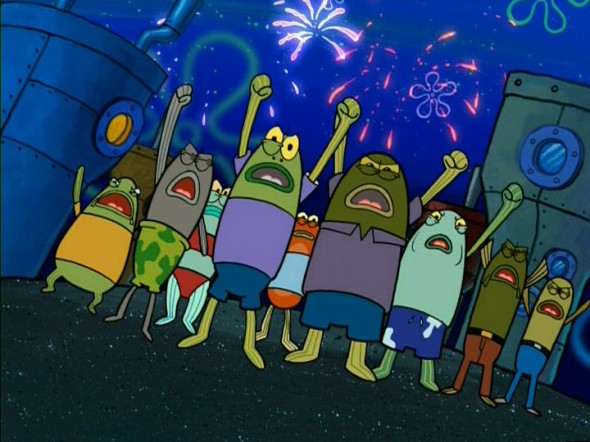 This morning I heard an interview with a public radio reporter, who described what it was like to be jeered by an agitated crowd at a political rally in the United States when she was just doing her job. She wasn’t at all dramatic about it. Apparently, this has become par for the course in our modern world. She said that sometimes she had been chatting happily to members of the crowd early and noticed that even they were joining in.

Journalists covering the 2016 US electoral campaign becameall too familiar with being jeeredas a certain Republican presidential candidate made a habit of criticising members of the press at rallies, calling them names, barking untrue accusations and pointing at them, over and over until the whole crowd was booing and sneering. Imagine how vulnerable they felt when the hoi polloi turned against them and barragedthem with untrue, accusations, calling them liars and questioning their integrity. When you are part of a crowd, you’re anonymous.

In the cyberworld, there’s another type of crowd. An online crowd. In what is being dubbed thepost-truth era, social media sometimes seems more like a loaded weapon of mass destructionin the hands of ‘anonymous’ rather than a means of communication.

According to the UNESCO report World Trends in Freedom of Expression and Media Development, in international standards andmany laws, hate speech equates to expression that advocates incitement to harm basedon the target being identified with a certain social or demographic group. In the case ofrace-based hatred, international law includes those related expressions that could fostera climate of prejudice and intolerance.It’s everywhere. I challenge you to spend half an hour on Facebook without seeing something that fosters a climate of prejudice and intolerance.

Global communication and the information environment has been transformed by the spread of digital technologies and more than three billion women and men worldwide use the internet, and more than six billion have access to mobile phones. The strategies used to deal with traditional media are now ineffective and inappropriate. If you see something you don’t like, protesting or commenting on something offensive just adds fuel to the fire.

Just switch off, you might say, but it isn’t that easy. I never thought I’d say it, but I’m nostalgic for those pre-social media days. In an ironic twist, the candidate’s wife has vowed to address cyber bullying if she moves into the White House. Let’s hope she starts by cleaning her own house.