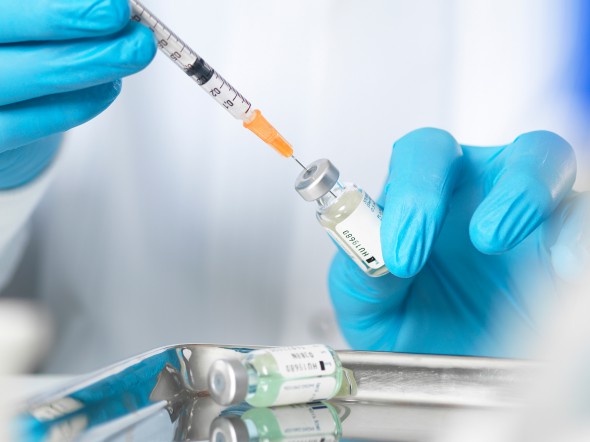 Influenza is in the news, in fact today, 28 September 2016, the first official case of the illness has been reported in New Hampshire, in the United States. It’s time to get down to the doctor’s.

Here in Spain, October is the time of year when we stop worrying about sunburn and start worrying about the flu season. Flu is an extremely common viral disease (an estimated 5% to 20% of the population catch it every year). It has different symptoms from the common cold and tends to come on more suddenly. Some of the main symptoms include a high temperature, tiredness and weakness, headache, aches and pains and a dry, chesty cough.

Influenza is a very serious public health problem which leads to numerous hospital admissions (an estimated 200,000 in the United States every year) and even death. Like many countries, Spain has a dedicated service that tracks the way that the virus is developing in the country called the Sistema de Vigilancia de la Gripe en España. At world level, the World Health Organisation has its Global Influenza Programme (GIP), which keeps an eye on the development of the disease around the world.

If you’ve ever had flu, then you’ll know that it makes you feel so ill that you will have no choice but to stay in bed, keep warm and drink plenty of water. This situation can put you out of action for about a week, and if you are self-employed, that is a week with no income.

Financial aspects aside, if you are over the age of 65, pregnant, have a long-term medical condition such as heart, lung, kidney disease or neurological disease, have a weakened immune system or respiratory conditions, you should definitely have the vaccination.

Vaccination is the most effective way to prevent infection and severe outcomes caused by influenza viruses.

The flu virus mutates every year, which means you have to have a vaccination every year, because the one you had last year will no longer be effective. Remember that it takes about two weeks after vaccination for antibodies to develop in the body and provide protection against influenza virus infection. That is why it is a good idea to get vaccinated as soon as possible. This will reduce your risk of contracting flu by about 50% to 60%.

influenza (n.) 1743, borrowed (during an outbreak of the disease in Europe), from Italian influenza “influenza, epidemic,” originally “visitation, influence (of the stars),” from Medieval Latin influentia in the astrological sense.