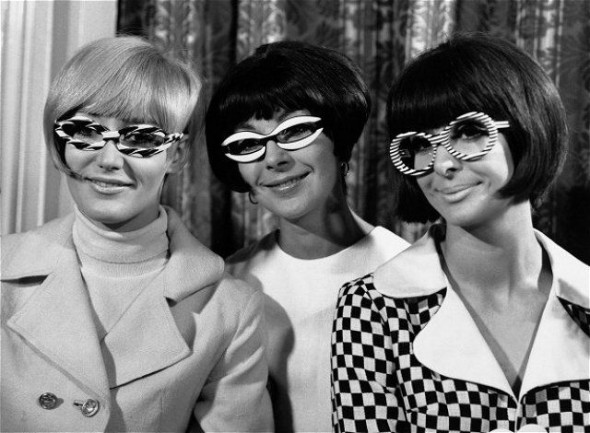 I have just finished translating a website for a very fashionable sunglasses and spectacles brand, which meant doing some initial research to prepare a technical glossary. Unless you are an optician or work in a sunglasses store you are unlikely to use this type of vocabulary on a regular basis, but now I know all about nose pads, temple tips and bridges. This made me think about how dependent we are on our sunglasses and spectacles and wonder about how people coped before they were so widely available.

Nobody knows who invented spectacles, but they are thought to have appeared between 1268 and 1289 in Italy, where they were first worn by monks and scholars.In a sermon from 1306, a Dominican friar wrote: “It is not yet twenty years since there was found the art of making eyeglasses, which make for good vision… And it is so short a time that this new art, never before extant, was discovered.”

It was probably far easier to get by with less than 20/20 vision in those days. Nobody went anywhere and there wasn’t much to look at except for hovels or churches. You don’t need great eyesight to herd sheep or knock back a pint of mead, do you? It wasn’t until 1452 with the advent of the printing press and a boom in literacy saw large numbers of inexpensive spectacles hit the medieval market.

Those without the benefit of glasses would probably just have had to squint to focus their eyes on the sheep or whatever else they were trying to focus on, or try to use the ‘pinhole’ effect by curling up their forefingers very tightly to make a pinhole and looking through that. Also life expectancy was much shorter then and as many vision problems worsen with time, they will have avoided these by dying by the age of 30.

The first glasses balanced on the bridge of nose and had metal, leather or wooden frames. The temple pieces that rest on the ears were not invented until the 1700s and, in 1784, the bifocal spectacles, an extremely important milestone, appeared. However, it wasn’t until the 1800s when larger scale manufacturing made it possible for a large percentage of people to purchase ready-made glasses from travelling peddlers, jewellers and at general stores.

In the twentieth century people, spectacles became a real industry with manufacturing and distribution networks and style became an important issue with the influence of Hollywood. These days, specs are just another fashion item and the world’s leading houses create fabulous frames with fabulously high prices. Among the many famous faces known for wearing glasses are Johnny Depp, Sarah Palin, Bill Gates, Woody Allen, Mahatma Gandhi, the flamboyant Elton John and John Lennon.

Nowadays, if you don’t have to wear glasses. You can wear contact lenses or have laser eye surgery. However, if you do prefer to wear glasses, picking them is a struggle with so many options. You can even choose virtually invisible glasses, whose frames have virtually disappeared, lenses are made with ultralight materials.