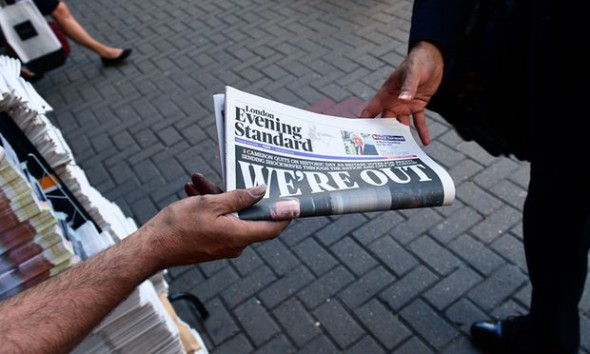 This hasn’t been a good week, really. The country where I was born (not my adopted home), chose to leave the European Union. I feel betrayed, angry and frustrated. My anger is directed not only at the ‘general public’ but at my own friends and family who voted to leave. It has been extremely difficult for me to keep my mouth shut listening to such smug comments, both before and after the referendum. However, I have chosen to keep my mouth shut to avoid having a huge row.The problem now is that I am asking myself whether I really want to associate with people whose world view is so far removed from mine. Please tell me this feeling will fade!

If, like me, you believe that moral behaviour consists of acting in the interests of one’s own and others’ wellbeing, then voting to leave the European Union was immoral. Everyone knew that a Brexit would be detrimental to the general wellbeing. Every economic expert and political leader with two brain cells to rub together said that Brexit would be catastrophic for a world just beginning to emerge from a punishing economic crisis. Now billions have been wiped off the stock market, people’s pension plans and savings have plummeted and everyone who lives abroad feels insecure.

What’s more, although the devastating effects of this decision have materialised, the result does not seem to have triggered much remorse. “They’ll have to give us the deal they want, it’s in their own interests, they want us to buy their cars”, I heard one of my pro-leave friends say to another last weekend, among other nationalistic-type comments. I think it’s about time I found some new friends.