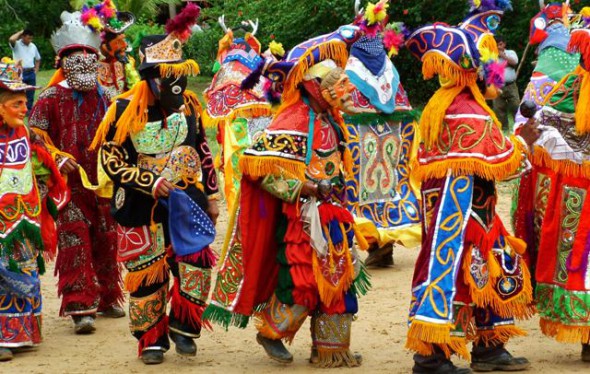 This autumn my friends and I will be off for a three-week tour of Guatemala which, as you no doubt know, is a Spanish-speaking country. This is a colourful, exotic country with wonderful natural and archaeological sites to visit and marvellous opportunities to learn about different cultures, however, as far as I am concerned, the biggest advantage of this destination is that for the first time in years, I will not be expected to provide round-the-clock unpaid interpreting services for my very beloved but linguistically challenged Spanish friends. It will be wonderful to just pick the menu and decide what I want to eat, rather than having to translate the entire thing and then order for everyone!

The fact that Spanish is spoken as a first and second language by 93% of the population does not mean that this trip will be lacking in linguistic interest. Guatemalan Spanish is the local variant of the Spanish languageand there will be plenty of new words for me to learn. As well as Spanish, 21 Mayan languages are spoken, particularly in rural areas, as well as two non-Mayan Amerindian languages, Xinca, an indigenous language, and Garifuna, an Arawakan language spoken on the Caribbean coast. We will be travelling all over the country, and I hope that we will have an opportunity to hear some of these languages.

I have looked up some “guatemaltequismos” and I hope to drop them into the conversation while I am there to impress. I will never pass for Spanish or Latin in a million years being tall and fair, and I think it might be fun to drop some of their street expressions into the conversation to impress. “Guatemaltequismos” are sayings, words or idioms typical in Guatemala – the phrases and expressions are used in “the street” for referring to certain things but in a funny or in a very casual way in this country. I particularly like “mango” which means handsome and “macho” which means, “fool”. So, “You’re a handsome fool”, will be “Ustedes un macho mango”!

Why are we really going to there? Well, the markets, the indigenous people, the volcanos and, of course, the Mayan Ruins! So, have you been to Guatemala? If you have, I’d love to hear your tips.