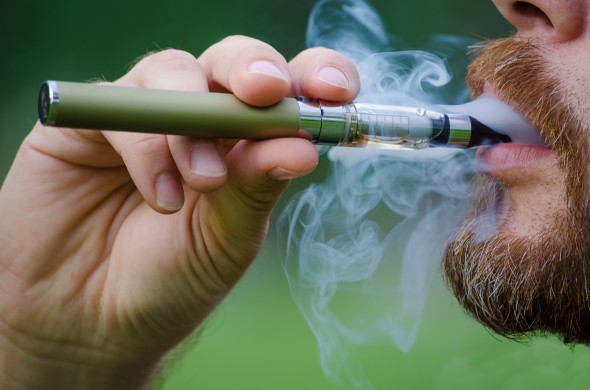 There is a lot of controversy about e-cigarettes, with one camp insisting that they save lives by helping many thousands of smokers to quit, while the other side believes that they act as a stepping stone to cigarette smoking. I don’t know which of these opposing viewpoints is right, but I suspect that both are valid in different situations. After all, everyone is different. The WHO Framework Convention on Tobacco Control wants them to be tightly regulated or even banned and restrictions on their promotion, advertising and sponsorship. Personally, what I find difficult to understand is why people don’t find using these e-cigarettes embarrassing. In my view it is like wearing a badge reading ‘I am addicted to nicotine and I have had to buy this weird device to satisfy my uncontrollable cravings’. Very unattractive.

If this sounds harsh, it is probably because am a typical former smoker. I hate, loathe and detest the smell of cigarette smoke, and I deeply resent the fact that the smokers have taken over our pavement cafés and restaurant gardens. I object to paying to have dinner or sip my wine in a cloud of rancid tobacco smoke. I can barely believe that I ever smoked, but I did. That’s why I feel somewhat morally compromised when I translate press releases for a sporadic client of mine, a leading tobacco company that is making massive investments in vaping in the light of its plummeting profits from traditional cigarettes.

Kicking the habit easy for me. I felt weak and silly when I smoked, and would never have dreamt of lighting up in front of my parents, who thought it a disgusting habit. About 15 years ago I quit during a neurolinguistic programming training course when our instructor showed us how to help other people to quit by doing a demonstration on one of the other students. Luckily for me, just watching the intervention on the other person worked on me too! I haven’t touched one since, and I didn’t even have any cravings.

In my opinion Spain missed a great opportunity when it failed to impose an overall ban on smoking in public places and took such a weak stance. After all, according to the World Health Organisation, tobacco kills up to half of its users, that’s around six million people every year. There are more than 4,000 chemical substances in tobacco smoke, 250 of which are known to be harmful and 50 of which cause cancer and are there in second-hand smoke, too.

If you have been trying to quit, why not try neurolinguistics programming before you start vaping. I can’t guarantee that it’ll work for you, but it’s worth a try… and you can avoid toting one of those embarrassing e-cigarettes around!

← Asyl
FORGET THE FEAR AND GO THERE ANYWAY →
Scroll Up