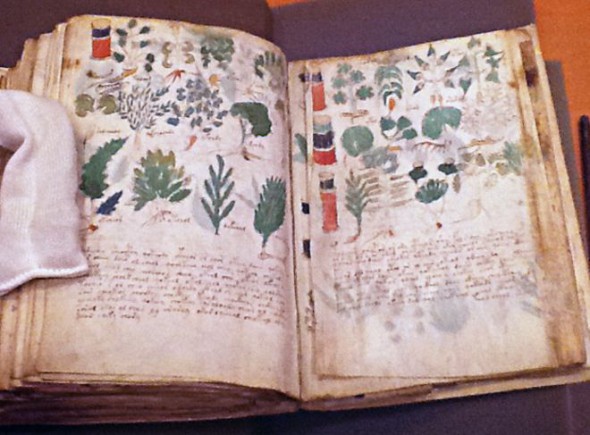 I have never been a fan of the X Files. It all seemed like a waste of time to me. I just can’t be bothered to fathom out the truth behind fake conspiracies. I feel the same about the best-selling book The Da Vinci Code. But I do enjoy a real mystery. The other day I was listening to one of my favourite podcasts, ‘Stuff you should know’, when the presenters started discussing a real mystery that piqued my interest: The Voynich manuscript.

The ‘Stuff you should know’ podcast basically consists of two very nice guys, Josh and Chuck, discussing all sorts of interesting topics. The reason why I like this podcast, in addition to the fact, of course, that they provide accurate information about some really fascinating areas that I had never even thought of before, is that they are unfailingly polite to each other and are an example of what a discussion between civilised people should be like, a factor that is all too often missing in modern televised and radio interviews.

Well, back to the Voynich Manuscript. Because I was listening to the programme in the car, the first thing I did when I arrived home was to google it because I wanted to see the weird script and illustrations they had been describing. Lo and behold! I found an article in the English version of Spanish newspaper El País about that self-same book.

According to the article this “renaissance codex of 234 pages measuring 22.4 by 16 centimetres and written in an unknown language, has resisted all attempts to fathom its mysteries”. The words in the book are written in an interesting squiggly script, which even the most brilliant World War II and US military code breakers were unable to crack. It is richly illustrated with botanical drawings of non-existent plants and naked women doing strange activities. There are also what look like astrological symbols and drawings. Plenty of these can be seen if you search google images.

Now, a Spanish publisher has been chosen to create a facsimile of this 600-year-old book, so anyone who is interested will have the opportunity to stare at what have been thought to be a cosmological treatise, a cannibalistic treatise, a war story, a book of magic potion recipes (that might be useful), a guide to family planning, an extra-terrestrial diary, a study of the philosopher’s stone and the work of elves!

Of course, we won’t be able to actually read it, nobody can, but if there are enough copies around perhaps someone will solve this very real mystery.

For information about ‘Stuff you should know” visit www,stuffyoushouldknow.com