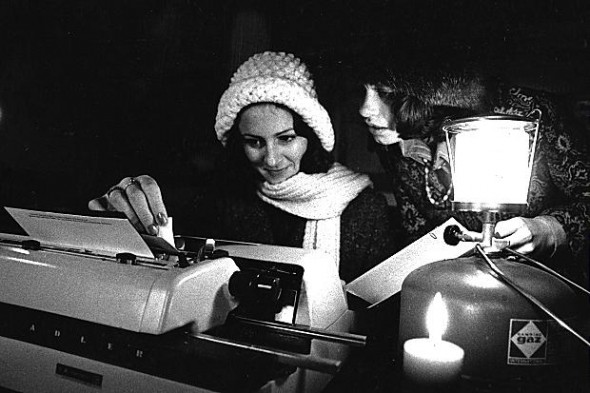 Where did all those long, warm summers of my childhood go? And the long, freezing cold, snowy winters? When I was at school lessons seemed to go on forever, and summertime was eternal. School break times were spent rolling around on the grass and climbing on a big, smooth fallen tree in the playground which was known as ‘the log’. Of course, when we went back to school in the autumn both the grass and the log were out of bounds, and we were relegated to running about, trying to stay warm in the cold concrete playground.

Nowadays the seasons fly by in the blink of an eye. Of course this is a quite normal phenomenon. As you get older a year is nothing. If I am honest, it’s a relief. I still get a completely ridiculous feeling that something bad is going to happen when the signs of winter appear, the birds fly away to Africa, abandoning us to freeze in Europe. The wind starts whistles ominously through the trees, everything turns grey. Night falls early. Even though from a rational standpoint I know that somewhere else in the world, in the entire Southern Hemisphere for example, they are celebrating the arrival of spring, I get this ominous feeling that ‘the end is nigh’.

I still remember the 1970s when I was a child and in my teens. In those days we seemed to have endless, hot summers (which appeared to be a good thing in those days with the term ‘global warming’ yet to be coined) and devastatingly cold winters with snow as high as my still-firm thighs and icicles hung from the eves outside my bedroom window. At the same time my country, the United Kingdom, was also blighted by industrial unrest.

In January and February of 1974 there was a miners’ strike, and the government introduced a three-day working week and rationed power supplies. With constant electricity strikes and blackouts, with snow lying thick on the ground outside, we had to deal with ‘horrors’ such as no television, no central heating and even (fleeting) food shortages). I have to say that my family didn’t suffer at all. It all seemed like fun with the candles and the evenings playing Scrabble. My father, ever a technology buff (I know where I get it from), even rigged a portable TV up to a battery which somehow allowed him to watch the news while he got ready for work, cursing the politicians. A drivers’ strike led to fuel shortages and schools had to close. In those days my family lived in a big house, walking distance from the junior school, and we were lucky enough to have big rooms and, more importantly, big fireplaces. On more than one occasion our schoolmates and teacher came to our house and we had our lessons sitting in front of a roaring fire, which was great fun and made my sister and I feel very special!

It all seems like a lifetime ago which, of course it is… What has brought all this to mind this week? The fifteen minute power cuts we’ve been having to allow the electricity company to do ‘essential work’. Boy, am I spoilt! However did we survive the seventies?