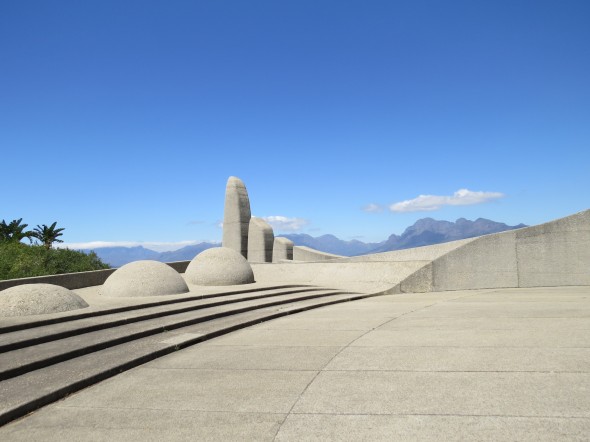 Afrikaans is a West Germanic language which evolved from the language spoken by the Dutch settlers. The word Afrikaans is derived from Dutch “Afrikaans-Hollands”, meaning African Dutch. It is the first language of most of the Afrikaner and Coloured people of Southern Africa.

The English spoken in South Africa contains influences from other languages and has some important differences to that spoken in Europe and in the United States. For example in Europe we would not dream of referring to anyone as a ‘coloured’ person, but in South Africa the term ‘coloureds’ (also known as Bruinmense or Kleurlinge) is an ethic label for people of mixed origin who possess ancestry from Europe, Asia and other parts of Africa.

In the past, language was a cause of bloodshed and conflict. On 16 June 1976 there was an uprising by black students who wanted to receive their education in English when Afrikaans was made compulsory as a medium of instruction in schools. The students marched peacefully to demonstrate and protest against the government’s directive, but were met by heavily armed police who fired tear-gas and live ammunition. A wave of rebellion swept the country which continued throughout the following year. The negative news coverage of the apartheid government spread around the world, leading to widespread revulsion towards its brutal tactics and the eventual end of apartheid.

In the heart of the Wine Country, in Paarl, in the Western Cape Province of South Africa, a monument was erected by the Genootskap van Regte Afrikaners organisation, which aims to strengthen Afrikaners’ identity and pride in their language. My friends and I visited the monument on a sunny spring day. Although it is a very seventies’ style building, it is set in a lovely natural area and affords beautiful views over the stunning surrounding countryside. It was officially opened on 10 October 1975 to commemorate the 50th anniversary of Afrikaans being declared an official language of South Africa.

Modern Dutch and Afrikaans share over 90 per cent of their words, which has enabled Dutch and Belgian companies to use South African call centres in the same way as the UK uses call centres in India and the Spanish outsource to South America.