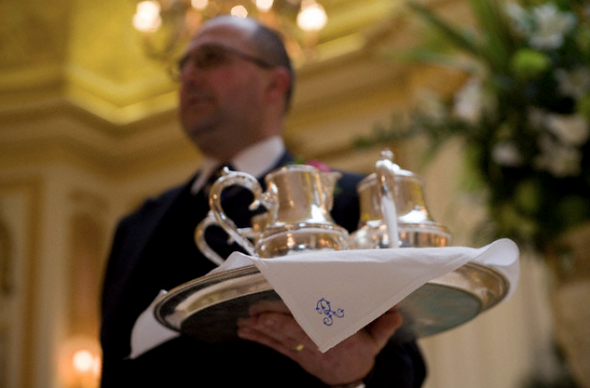 Overfamiliarity is defined as showing a lack of proper social reserve or modesty. It might sound old fashioned, but it is important we do our jobs with dignity and poise appropriate to avoid causing an awkward situation.

According to a recent story in the British press, a care home in Harrogate has been warned by inspectors not address residents using terms of endearment such as ‘love’ or ‘darling’ on the grounds that these could be regarded as demeaning and patronising. This notwithstanding, the chief executive of the company has refused to ban staff from showing affection to clients by calling them these names on the grounds that the language is meant to be friendly.

Although initially this may seem ridiculous, and I love it when my friends and family call me affectionate pet names, I can think of three instances where innocent over-friendliness has made me feel uncomfortable to the extent that I wonder whether I should have a quiet word with the individuals in question ‘for their own good’.

In the first case, a young Nepalese waiter in a favourite restaurant has taken it upon himself to start addressing my friend, a very elegant lady in her seventies, as “darling”, “sweetheart” and “love”. We know that he is just trying to be friendly but somehow it is crosses the line. Eventually my friend started feeling so uneasy that we now go elsewhere for our tandoori chicken!

We now patronise another local curry house where, unfortunately, the very sweet Nepali waitress has also got it completely wrong. I can only presume that she has seen European customers greeting each other with air kisses on the cheeks because she has abandoned the traditional ‘namaste’ and started kissing everyone, male and female, who comes through the door. It feels really awkward but I don’t have the heart to say anything.

Last, but not least, is the junior at my favourite hair dressing salon. This young hair stylist, let’s call him Will, is a pallid, skinny lad who can’t be more than 18 years old and who gives off an air of creepy, hand-wringing Dickensian obsequiousness that I find most off-putting. Although he is unfailingly polite, the way he calls me ‘darling’ and ‘sweetie’ makes my skin crawl and when he offers me a cup of tea and a biscuit I feel like an old age pensioner. The only thing he has going for him is that he gives a fantastic head massage. I can’t believe that I am the only person who feels like Uriah Heep is washing their hair.

I am sure I am not the only person to feel like this when random people address me with these ‘terms of endearment’. Madam, Miss or even Juliet are fine, but I just don’t like the fake affection. What do you think? Would you say something?