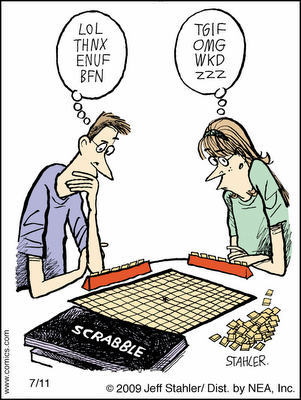 I am ashamed to admit it, but I’m addicted to Candy Crush. It’s a dreadful waste of time but I have to play a few rounds before I go to sleep every night. I can’t remember what I used to do before that fateful day when I first combined five candies to make a bomb.

Of course, way back in the Dark Ages before the appearance of computer games, we had to make do with puzzles and board games. I spent many an enjoyable rainy afternoon with my sisters and parents playing backgammon and Monopoly. It was a really fun family activity.

There was nothing my dad liked more than a cup of tea and a puzzle. Wherever he used to sit there was a pile of crosswords and word search books and a ballpoint pen always poked out of his pocket. I’m quite certain that it was all that mental exercise that kept his mind sharp until he was in his nineties.

I’m useless at crosswords. I think it is because when I look at words my brain goes into ‘translation’ mode and I can’t solve the clues, however I am in the minority because crosswords are still said to be the world’s most popular word game.

The first known published crossword puzzle was the work of an English journalist called Arthur Wynne. His very first puzzle was diamond shaped and it had no black squares. The puzzle was published in a Sunday paper called the New York World in 1913. The pastime quickly became popular and crossed the Atlantic ten years later to captivate Europe.

Another extremely popular crossword-based game we have all played is Scrabble. This game is available in no less than 29 languages, is sold in 121 countries and approximately 150 million sets have been sold worldwide!

Scrabble was created by an American architect called Alfred Mosher Butts in 1938 although he did base his fabulously successful invention on earlier version. However, it was not until 1952 when it became really popular. Legend has it that the president of US department store Macy’s played the game while on holiday and we surprised to find that his shop did not sell it on his return. He placed a large order and within a year everyone had Scrabble.

Of course, we can now Scrabble online against other users or even play against the computer, although I find the annoying ‘made-up’ words it uses very frustrating.   You can also play on Facebook. Just go to the Scrabble page and you’ll be thrashing your friends and family in seconds!