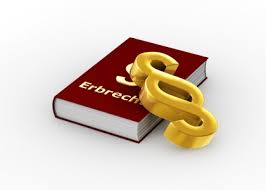 I.- An overview of the new EU succession regulation

The EU Succession Regulation (Regulation EU No. 650/2012, ErbrechtsVO) did already come into force on 16.08.2012 but was only applicable to cases of succession from 17.08.2015. This regulation governs the law of succession, that is in particular the line of succession in cases in which a number of member states of the EU (with the exception of Great Britain, Denmark and Ireland) are affected by a case of succession. The inheritance tax law is not, on the other hand, covered by the regulation.

According to the EU Succession Regulation, courts and other bodies for administration of justice in the member states are, in cases of doubt, required to assess which national law should be applied in the cases of succession with transnational elements.

Until now, according to German law [Art. 25 EGBGB (Introductory Law to the German Civil Code)], the “succession to the estates of deceased persons“ is subject to the law of the state the testator belonged to until the time of his death. If the testator was German then German law is to be applied. This has now been changed by the EU Succession Regulation.

This was also regulated previously, in just the same way, according to Spanish law (Art. 9.8 C.C.). That is German or Austrian law was applied for a German or an Austrian even if they had been living in Spain for 20 or 30 years. There was previously no option available to choose which law to apply since the nationality was decisive.

From 17 August 2015, the whole succession to the estates of deceased persons is subject to the law of the state in which the testator had his normal place of residence at the time that he died (Art. 21 EU-ErbrechtsVO). This, for example, is then a matter for the Spanish law of succession for a German who had his normal place of residence in Spain.

II. Making the choice of which law is to be applied

Anyone who has his normal place of residence outside of his country of birth but wishes, when he dies, that the law of succession of country of which he is a national is applicable, will have to make an appropriate  choice about which law is to be applied.

The term “normal place of residence” has not been defined yet legally. One can basically say that someone has his normal place of residence where he usually lives under circumstances which reflect that the stay at this place or in this area is not only for the short-term. This is determined based on the actual circumstances; in doing so one determines where the main social contacts take place, in particular those related to family connections and a person’s job. Not only for the short-term means continuously and, from the beginning, an intended unbroken period of stay in a location for than six months where short periods of absence are not taken into account.

Therefore, the normal place of residence of a person can already change when they decide to move to another location. This applies for people who permanently move to another country, but also for those who are only in the other country for part of the time and certainly when they are resident there for more than six months and the actual central place where they are living has moved.

Determination of the normal place of residence can be difficult. This applies, for example, when someone is not permanently resident at a location but regularly commutes back and forth, living for some of the time in Spain and then again for some of the time in Germany, and has close social connections at both locations. In cases of dispute the process may even go up to the European Court of Justice so this development remains to be seen. One special case is recognised according to Art. 21 Abs 2 EU-ErbrechtsVO, when the sum of all of the circumstances suggests that the testator appears to have had a closer connection at the time of his death to another country other than the “country of residence“. If it is clear that such a close connection existed then the law of that country is applicable  – without making the choice of which law is to be applied.

Many Germans living in Spain have used a German notary to establish a so-called “Berlin Testament“. In this the married couple establish each other as the sole heirs and their children as reversionary heirs. If this German regulation found itself in violation of Spanish law then the line of succession was executed according to Spanish law as described above.

Art. 22 ff. of EU-ErbrechtsVO offers the testators the possibility of keeping the option to apply their own national law of succession even when they have moved their place of residence to another EU country. However the choice of applicable law must either be expressly stated in a declaration in the form of a disposition of property upon death – which is usually a testament – or should at least arise from the clauses of such a disposition of property upon death. Statement of an express choice is recommended on grounds of legal certainty.

The new EU regulation should be used when the testator dies on 17 August 2015 or after that (Art. 83 Paragraph 1 EU-ErbrechtsVO). An express choice of law to be applied established before 17 August 2015 which refers to the law of the country of which the testator is a national (Art. 83 Paragraph 2, 3 EU-ErbrechtsVO) does, however, remain in force after 17 August 2015. The important thing is that the succession to the estates of the deceased person has a cross-border character. If the matter is one of just a purely national succession to the estates of a deceased person then this will be regulated on the basis of the national regulations.

The EU Succession Regulation does not, however, see this principle as mandatory even where a choice of law to be applied has been exercised. The parties to a law of succession dispute can agree on this however.

Also when many people shy away from dealing with the idea of their own death for understandable reasons it is meaningful to already engage oneself today with one’s own estate planning.

The outcome of all of this is that, for German-Spanish legal and estate succession arrangements, realisation of a well thought-through and professionally assured testamentary disposition is recommended.