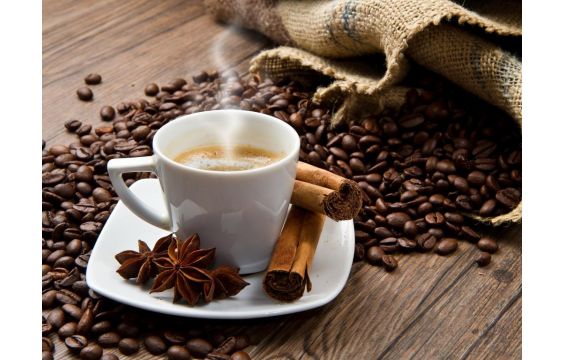 Coffee is the perfect example of something that is exotic and routine at the same time. With its faraway origins and evocative aromas, there are no end of stories that advertisers can spin to persuade us to drink the most overpriced versions. Been into a Nespresso store lately? The products are so beautiful with their sleek designs and wonderful colours. They’re fabulous. Luckily for my credit card balance although I love all the paraphernalia and marketing, coffee tastes horrible to me.

In case you haven’t noticed, there’s been a coffee revolution and we have already moved into the so-called “third wave”? I have to confess that I would not have known a thing about it if it were not for a podcast I listened to the other day, but then this revolution is taking place in cities rather than in villages in the middle of nowhere…

“Third wave” refers to a modern phenomenon whereby speciality coffee is looked on as an artisan or craft beverage. Do not even think about drinking or serving freeze dried coffee! You need to be thinking about product quality, direct trade and sustainable business strategies.

The first wave consisted of the enormous growth in coffee consumption, which was followed by the second wave, which involved defining and enjoying speciality coffee. Nowadays, the third wave means buying coffee based on its origin and artisan methods of production.

The drink made a popular debut in the 1800s when low-quality coffee was first marketed to the general public. Things had improved 100 years later with the introduction of vacuum packing. Instant coffee was patented way back in 1903 and was generally popular until the 1980s when “foodies” brought about its downfall.

The Starbucks chain opened in 1971, specialising in fresh roasted coffee beans and spearheading the second wave. The coffee shop experience became massively popular and second wave coffee shops and chains became havens for coffee lovers all over the world and the social side of coffee consumption took over. Lattés and espressos were consumed by the million. Little by little big city consumers started paying €4 for a muffin and €6 for a cup of ‘posh’ coffee without batting an eyelid.

Today’s third wave consists of coffee lovers who are interested in the coffee itself. Production and marketing have taken a step back and the product is the star of the show. Most roasters and coffee shops are small, independent concerns. They are run by entrepreneurs who appreciate great coffee and want to share their passion with their customers. I would be terrified to order anything in one of these coffee shops… I don’t know my Ethiopian from my Jamaican and I’d feel a fool!