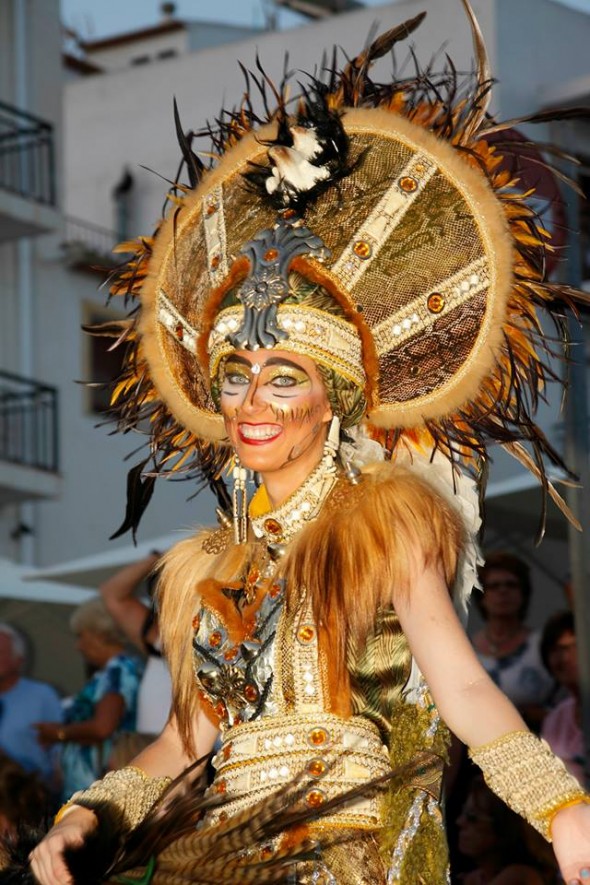 Summer is just over the horizon and some towns and cities in Valencia are already revving up for the Moors and Christians festivals. In less than two weeks, Moraira, the small town where I live, will put on a magnificent show with jaw-dropping costumes, exciting mock battles, deafening noise and fireworks. It’s fun for the participants and an enormous draw for tourists in which thousands of people take part year after year. My usually quiet town will be packed with thousands of cars and tourists, and it’s a great boost for the local economy.

This festival dates back to the 16th century and commemorates a turbulent period in the history of the region when confrontations took place between Moorish and Christian soldiers in the 13th century. Although Moors and Christians festivals are especially popular in Alicante and Valencia, the flashy costumes, music and noise have led them to be adopted in other parts of the country. The most famous examples take place in Alcoy and Villajoyosa, both of which have been recognised as of “International Touristic Interest”.

If you are staying in the centre of town, you can forget getting a lie-in! Mornings often begin with a string of extremely noisy firecrackers, and not many people can sleep through the din! There are numerous processions accompanied by drums and marching bands, and the groups of Moors and Christians march and dance along the streets, all doing their best to outshine each other in their eye-catching costumes. After the pomp and ceremony, if you still have energy there’s dancing in the streets to more up-to-date music.

In Alcoy, where the Moors and Christians are the highlight of the year, more than five thousand people sometimes take part in the procession. There are “negotiations” between the sides and then a mock battle takes place leaving the smell of gunpowder in the air. To echo history, everything ends in victory for the Christians, although I would rather be a Moor because their outfits are certainly more glittery and exotic!

My town has its own seaside ‘castle’ (which is actually one of Phillip II’s defensive watchtowers). It stands on an extended promenade overlooking the bay and makes the perfect backdrop for all this drama and fun. For several days my small town is heaving with excitement and then immediately reverts back to its usual peaceful self. Yet another reason to spend your next holiday in this part of the world!