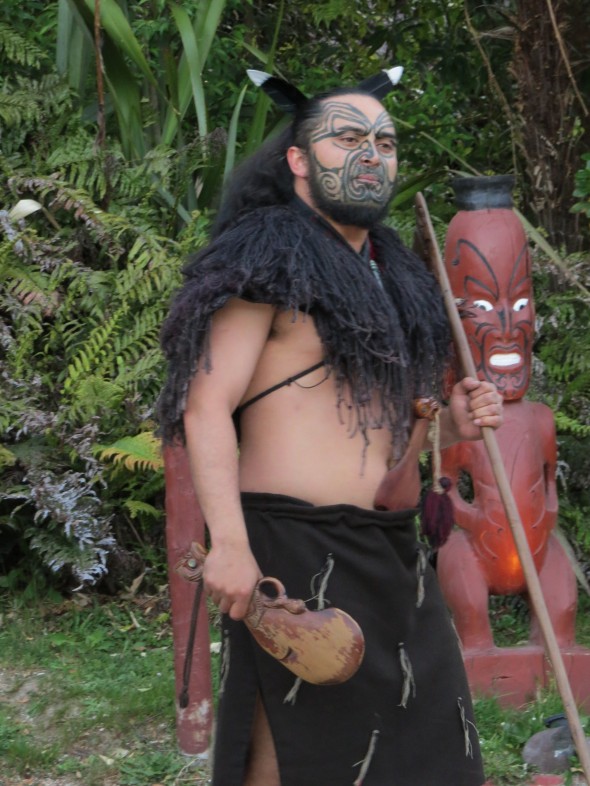 One very pleasant aspect of my recent trip to New Zealand was the opportunity to hear, read and learn about the Maori language. As soon as you arrive in this marvellous country you become aware of this language, as the vast majority of place names are indigenous.

Although this very attractive language is spoken by only nine per cent of the Maori population or 29,000 adults, there are two Maori language television channels, one of which has subtitles. One Maori guide I chatted to told me how much the Maori enjoy watching comedy programmes created in their own language by people who share their own, unique sense of humour.

Although I did tune in to the TV channel while channel hopping, my main contact with the language was during a visit to a Maori village outside Rotorua on the North Island. Rotorua has several of these villages which offer cultural shows and Hangi dinners for tourists. Although it is all obviously laid on for the tourists, the Maori people there are very keen to show off their traditions and crafts. One hysterical highlight was watching my husband trying to do the ferocious haka, a traditional ancestral war cry and dance which involves poking our your tongue and making your eyes bulge out of your head.

The explanation of their facial tattoos was also very interesting. Because this was not a written language, the tattoos on the Maori’s faces served as a kind of CV. Their physical achievements were tattooed onto the bottom of their faces and their spiritual achievements on the top half. Their bodily tattoos showed information about less important aspects of their lives. I am not sure I would want one of the ladies’ chin tattoos though… they looked too much like beards from a distance, and what lady wants a beard?

Well, back to the language. In New Zealand it is commonly referred to as Te Reo or “the language”. According to legend, the Maori came to New Zealand from the mythical Hawaiki, however, they most likely arrived from the Southern Cook or Society Islands region in canoes.

While in 1800 it was the predominant language, by the 1860s it had taken second place to English. From the 1880s the government forbade its use in schools. By the 1980s, Maori leaders were recognising the dangers of the loss of their language and recovery programmes began.

The Maori language is now considered a national taonga (treasure) and it is undergoing a revival with initiatives like Maori Language Week and Maori language schools.

So, until next week… Ka kite anō Ka!