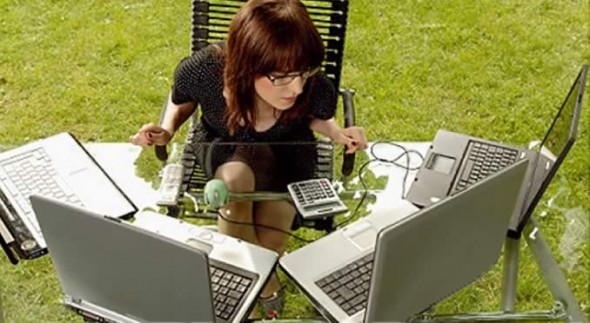 Even when I am really, really busy, I find it hard to resist taking part in the polls published on Facebook or on translator’s web portals.

Some of them are silly, such as “What is your old-fashioned name?” (Mine was Dorothy) or “Who is your celebrity boyfriend?” (George Clooney, no surprise there), however, one recent poll on a translation website recently asked members, “If you had your time again, would you still chose to be a translator or interpreter?” Interestingly, almost everyone who took part said that yes, they would still choose to do this job. I can’t say I was surprised.

You need to be a certain type of person to enjoy being a translator. First of all, you need to be dedicated and motivated. You need lots self-discipline and to be consumed by an interest in the world around you. If you are an ‘information gatherer’ by nature, then this is the profession for you.

In our distant ancestors, the information gatherers may have acted as analysts. They would have scouted for potential danger, or for food, and reported back to the tribe leader. The more accurate their findings were, the better; this led to a trend towards perfectionism, as the ‘analysts’ closer to perfection survived better than those that made sloppy mistakes.

In today’s society, we often tend towards analytical roles such as scientists, analysts, programmers, logicians… and translators.

Another name given to this personality type is “information junkie”. According to the urban dictionary this is someone who so frequently occupies themselves with receiving or sending information or communication that it resembles an addition. Usually a computer, and often the internet are used.

Far from being a personality defect, being an information junkie is almost a prerequisite to being a translator. We are studious and dedicate our lives to the pursuit and dissemination of knowledge. The worldwide network of everything is at our fingertips, and we know where to look.

One colleague has summed up the typical personality of translator as follows: we are incessant learners, we can concentrate hard over long periods, we are well adjusted to solitude, we like breaking the rules, are self-reliant and are not enthusiastic team players.

What do you think? Do you fit the mould?