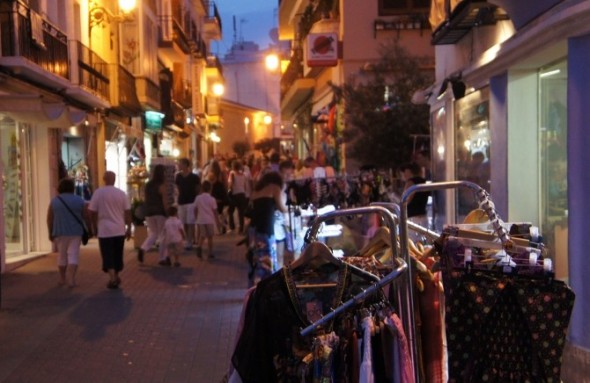 After years of economic gloom, many foreign-owned shops and services have disappeared from the high street of Moraira, the largely tourism-driven town where I live. Gone is “The Sweetie Shop”, the “Corner Shop” is no more. Commercial property owners are still charging exorbitant pre-crisis rents, and with a high season that lasts no more than five or six weeks, keeping a business ticking over year round is a daunting prospect. As a result, dark empty premises stand among the existing shops, banks and real estate agents like missing teeth.

Although Moraira still has a large foreign (non-national) population, most of the foreigners I meet seem to be retired and living off their pensions. The young business owners who flocked here at the beginning of the new millennium have long gone, having discovered that a life in the sun is not as easy as they had hoped. Perhaps that is just my perception, because according to Eurostat, the number of immigrants just keeps on rising. Whereas back in 1981 there were just 198,042 ‘extranjeros’ living the Spanish dream, by 2012 there were 5,520.133 of us. In the same way the majority of children born in Spain between 2000 and 2010 are children of immigrants despite not being counted as such.

In absolute terms, the largest numbers of non-nationals living in the EU on 1 January 2013 were found in Germany (7.7 million persons), Spain (5.1 million), the United Kingdom (4.9 million), Italy (4.4 million) and France (4.1 million). To look at the British newspapers you would think they’d be top of the rankings, but they’re not!

According to a recent report published by Spain’s National Federation of Self-Employed Workers’ Association (ATA), which revealed that almost a quarter of all the self-employed workers to register in the last year are foreigners. This represents an increase of 6.2 per cent over the previous year.

Perhaps the changes in the high street are not all down to the fact that some business owners have gone back to their countries of origin and are just down to changes in how we shop and buy services. After all, if I want some “sweeties” and groceries I am one hundred times more likely to pick them up at the supermarket where I can park without paying than putting money in the parking meter and buying them in the town centre or even buy them online. Perhaps all those foreigners are still here, working away happily, but I just can’t see them…