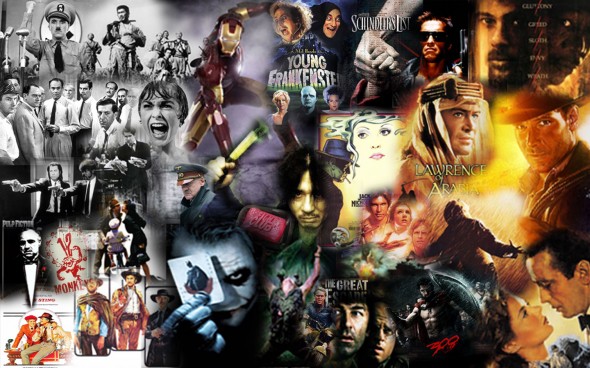 After a long day translating, all I want to do is lie down on the sofa with a nice glass of wine (or cocoa, it depends on the season) and watch a good film. A good film in my own language that is, not a good film dubbed into another language.

Call me fussy if you will, but with my brain still in ‘translation mode’ if I listen to a movie dubbed into  Spanish or have to read subtitles, said brain inevitably translates the dialogue back into English, which is not at all relaxing. That started me thinking about dubbing.

What is dubbing? In filmmaking, dubbing the process of adding new dialogue or other sounds to the sound track of a movie that has already been shot. When a foreign language is dubbed, the translation of the original dialogue is carefully matched to the lip movements of the actors in the film. Dubbed sound tracks rarely equal the artistic quality of original foreign-language sound tracks, and subtitles may be preferred by viewers as a means of understanding the dialogue in foreign films. So what do you prefer? Dubbing or subtitles?

By the end of the silent era, more than 40 percent of Hollywood’s income already came from foreign markets. Initially, way back in the distant history of film, subtitles were used, because even back in the 1930s it was felt that countries were only tolerating pictures with English dialogue due to the scarcity of suitable sound pictures in their native languages. In some countries, such as Belgium and France, there was a real backlash against English.

European audiences especially wanted to hear their own unique languages, however, initial attempts at dubbing were sloppy and unsatisfactory. To address this problem, Louis B. Mayer announced that MGM would offer to sell exact blueprints of new talkies – location of cameras, lighting, dialogue, shooting directions, casting suggestions and that foreign producers would only have to translate the dialogue into his own language and shoot according to the instructions.

Although some versions were made (Marlene Dietrich, for example, starred in The Blue Angel in America and der Blaue Engel in Germany, Foreign Language Versions were doomed from the start. Hollywood had overestimated their market potential and they were soon abandoned.

In the early days of the film industry, given a choice between dubbing and subtitling, most nations preferred even the worst “talkies” over anything titled. Although Europe became used to dubbing, back in those days countries were extremely cautious, for example Germany passed laws insisting that all dubbing be done in the country, as did France. Spain imposed a foreign talk ban on all films screen domestically while Italy banned all pictures in German and French.

Can you imagine that happening now? Yet another reason to appreciate the European Union, I believe!