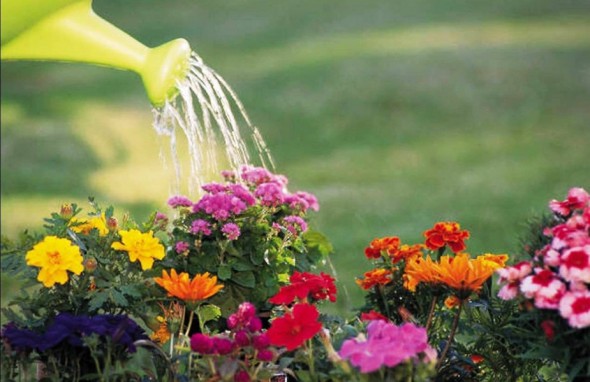 There’s nothing new or revolutionary about optimism, looking on the bright side and searching for the silver lining.  That said, recently I’ve noticed that inconveniences and even downright disaster can force us to make changes with an amazingly positive impact, which is encouraging me to rethink the way I work and deal with other areas of life.

For example, like many freelancers, I enjoy a snooze in the morning, so you will understand why I was dreading getting up at six-thirty on weekdays to make breakfast for my exchange student and take her to school. However, while she eats her porridge and drinks her tea I spend the time watering the front garden. The result? My garden has now transformed from a desert with just a few withered leaves on the hibiscus plants into a verdant oasis of colour and greenery. Will I keep it up when she goes back to Kansas in a couple of weeks? Of course I will!

When it comes to work, last year I was unfortunate enough to be burgled. Most unfair! It was eleven o’clock in the morning and I was only out for 15 minutes!  It’s hard to find anything good to say about losing four computers and a ton of work on the day I was about to deliver it, but these thieving swine also indirectly forced me to upgrade to a newer version of my translation software. I had been procrastinating about this for years! After a couple of tricky weeks (starting work at full throttle with a new programme is difficult, to say the least) I am working faster and more effectively and having far fewer problems than before.

Turn it into something good. Don’t be afraid of change and challenges. Don’t be like a wasp flying into the window pane over and over again! A little detour from your usual routine may be just what you need to start flying even higher.