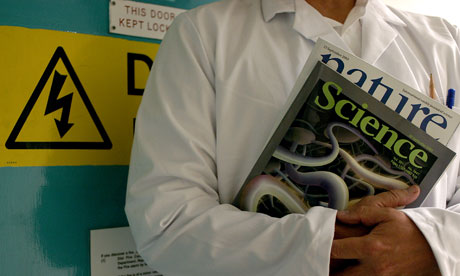 More than 98 per cent of today’s scientific articles are published in English and scientists with poor English writing skills are at a disadvantage when trying to get their work accepted by journals. The advantage of this situation is that by learning a single language, scientists around the world gain access to the immense scientific literature and can communicate with other scientists anywhere on the planet. This is amazing when it is estimated that less than 15% of the world’s population speaks English, with just 5% being native speakers.

Of course, this was not always the case. Before the 17th century, scientists in Europe wrote in Latin until geniuses like Galileo, Newton and their peers, spurred on by the protestant movement and the decline of the Catholic Church, started writing in their native tongues.

By the mid-19th century, scientists were reading French, English and German, the three primary languages of the field. German fell out of favour after World War I, when researchers from the United States, England, France and Belgium formed scientific organisations but left out their former enemies. The German language also suffered another setback when the government banned Jews and socialists from the nation’s science faculties, losing one fifth of physics staff and one eighth of biology professors in one fell swoop. Many of these scientists moved to the United States and the United Kingdom, where they naturally started publishing their work in English.

However, it took decades before England finally became the universal language of science. Until the 1970s, most scientific material was published in English or Russian, but the Russian language declined along with the Soviet Union, and since the mid-1990s more than 96 per cent of scientific articles have been written in English and the trend is rising.

The fact that English is the de facto global language of science is not likely to change in the near future, offering some great career opportunities for researchers, manuscript reviewers and journal editors and translators specialising in science.

← Politikdolmetschen
Rising from the grave →
Scroll Up